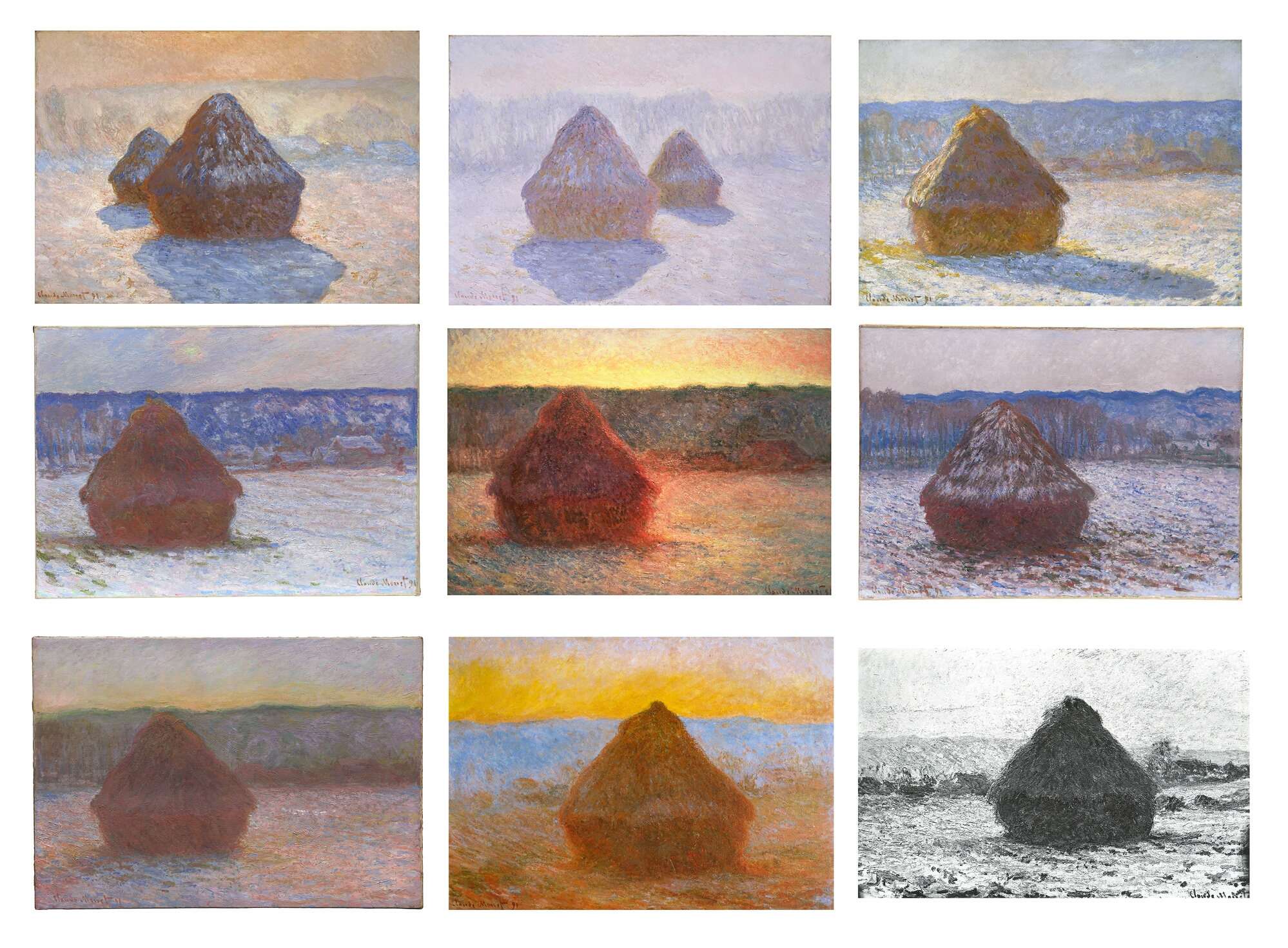 Usually when Christine and I talk about mental models we are working with teachers and explaining how creating a mental model in advance of a lesson can dramatically change the student outcomes at the lesson’s end. In this blog, and several that follow, we are going to work on mental models that we believe impede student learning.

Let’s start with a word association challenge. What words come to mind when you read the word repetition?

With a typical audience of educators, the word or phrase associations are “kill and drill,” rote memorization and boring.

If I were in front of a group of artists, what words might come to mind? Rehearsal, practice and creativity. Whoa!! Creativity?

Let’s take a look at Claude Monet to see if our mental model of repeating is correct.

The most obvious example of creative repetition is Claude Monet. In 1888 he rented his home in Giverny. In 1892 he owned his own in Giverny. Even though he had been an artist for almost 40 years in 1888, supporting a family was still difficult. In 1892 he not only had enough money to buy his house and support his family but he also started his famous lily ponds. What happened in between? He painted perhaps the most famous set of repetitions in the world. He painted first a series of five grain stacks and then a series of 25 grain stacks and they all sold for more money that he had ever been paid for a painting.

What was he doing? He was taking one subject, grain stacks, and working on how just one variable might alter what he was seeing. The variable was time. He would get up at 4 AM in the morning with his step daughter, Blanche, have his morning glass of white wine with breakfast and load the wheelbarrow with canvases. They would trudge out to the grain fields and line up the canvases. As the light changed with the time of day, he would move from one canvas to another. Sometimes he would work on a canvas for only minutes and the light would change too much and he had to wait, sometimes days, to start again. At other times for hours he might be able to work on a painting for hours at a time. He also worked with time by varying the season and he painted in fall, winter and spring.

Monet wanted to capture the envelop that surrounded an object – the atmosphere, the colors of light. He studied it by working like a scientist. He changed only one variable, time, and that variable changed his “envelop.” Monet designed his repetitions with variation (he changed the time of day), association (he had a mental image that associated time with light and he was right) and a sense of progress (he got better and better at this).

It turns out that the Rouen Cathedral series was one of the most difficult in his career. It took him four years to finish the series, his show was a full year late.

What made his repetitions different than how we perceive repetition in K-12 education? First, now two paintings are the same. While the differences may appear to be minor, to Monet they were mammoth. Second, he made associations. He created links between

We think that it is time for educators to adopt a different mental model about repetition. No one wants repetition that is rote but it is easy to design repetition for skill development, memory recall, creativity and problem solving.

This is the first in a series of blogs that will look at repetition in science and art and by the end, perhaps you will have a different mindset about repetition and the roles that it could be playing in learning.

The following museums are some of those housing Monet’s repetitions: